About Distributed Solar Continues to Make Headway in Virginia

Several community-based and utility solar programs are helping residential consumers with the opportunity to access renewable energy choices. These programs represent some of the growing initiatives in the state that give consumers the chance to lower their energy bills and their carbon emissions by going solar.

Solar United Neighbors in Virginia (VASUN) recently released its 2018 year in review, reporting that nearly 1,000 kW of solar capacity in over 100 homes and businesses were installed through its solar co-ops last year.

VASUN helped Kiskiack Golf Club became the first golf course in Virginia to go solar. The 29 kW roof top solar system installation was completed by Convert Solar as part of the Hampton Roads Solar Co-op, a community bulk purchase program supported by Solar United Neighbors of Virginia. The system installed on the golf club’s maintenance building will offset up to 25% of the energy used by the golf course and save more than $3,000 on electric bills each year. 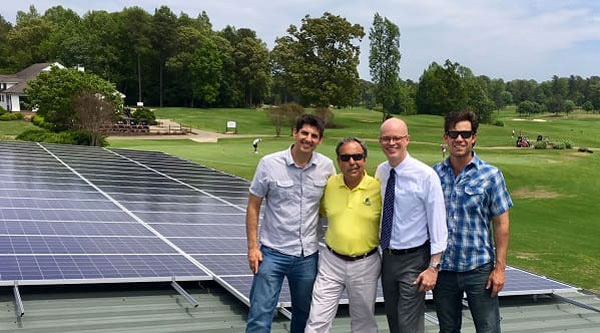 VASUN also helped educate nearly one thousand community members about solar energy through free public information sessions in 2018 and continues to build a network of people who support solar as the best way to build a resilient and equitable energy system.

Less than a year ago, The Central Virginia Electric Coop (CVEC) launched its new community solar program, Solar Share. The program allows residential consumers to purchase up to five 50-kilowatt-hour (kWh) “blocks” of solar energy. The subscription rate of $4.50 per block is locked in and not subject to rate increases for 25 years.

CVEC has completed construction on two solar generation farms, which will produce a total of 10 megawatts (MW) of energy, making them the largest solar project for an electric distribution cooperative in the state. CVEC will add 60% of the solar energy to its power supply portfolio for use by all 36,000 members, while the other 40% of the energy output will be offered to its members for subscription through Solar Share. CVEC serves homes and businesses in portions of 14 counties in Central Virginia. 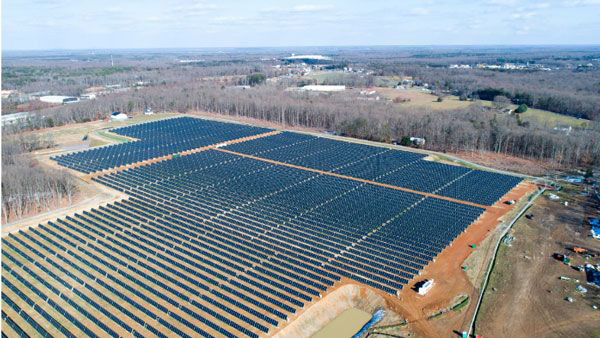 Through its Sunshare Program, the Rappahannock Electric Cooperative (REC) serves 22 counties in northern Virginia, and allows its members to purchase 50-kilowatt-hour (kWh) blocks of solar energy. While a small portion of all electricity supplied by REC is generated at solar facilities in Virginia and only one modification is allowed within a 12-month period, the price for solar blocks will remain fixed for 3 years and participants may cancel subscriptions at any time without penalty.

The REC’s Net Metering program allows REC members to interconnect renewable generation systems to the electrical distribution system and to generate their own electricity. The meter measures both electricity being used from the grid and excess electricity generated by the user. The sum, or "net," is the volume of electricity (kWh) to be billed or credited to the monthly bill.